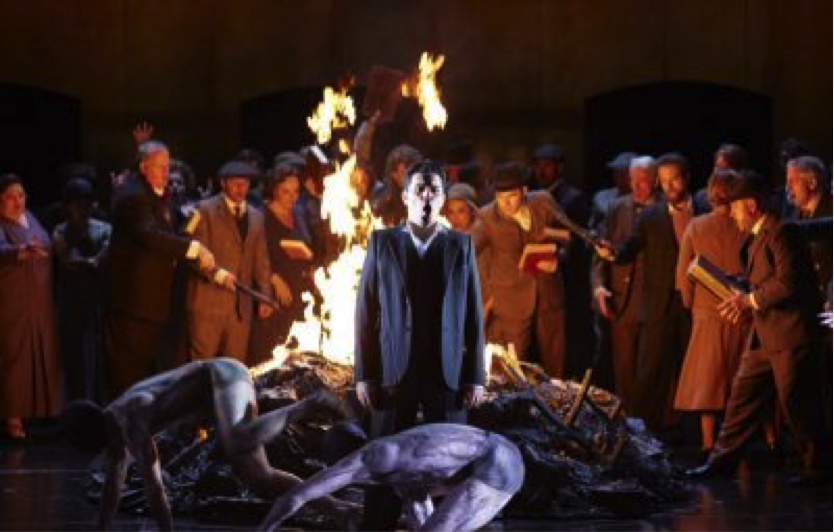 Conceived by Karol Szymanowski and his co-librettist Jaroslaw Iwaszkiewicz in 1918, King Roger was first performed in 1926, but was produced very few times until Charles Mackerras conducted its London premiere in 1975. Since 1988 it has seen a revival, with nineteen performances across the world. It comes to Australia for the first time directed by Kasper Holten in a collaboration between Opera Australia, The Royal Opera House and Dallas Opera.

The program describes it thus: as“It is a rare opera. There is no death, no duel, no romantic entanglement or disguise. It is the story of an inner struggle … between Christian restraint and reason on one side and pagan abandonment to hedonistic pleasure on the other”. It revolves around the 12th Century Sicilian King, Roger, who is torn between his orthodox religion and the call of a strange, new Bacchanalian-type faith proclaimed by a man who is known as “The Shepherd”.

In the original libretto, King Roger converted and followed the Shepherd, but Act 3 was rewritten halfway through composing the opera to have a much less definite ending. Despite his love of the romance of Mediterranean culture . . .