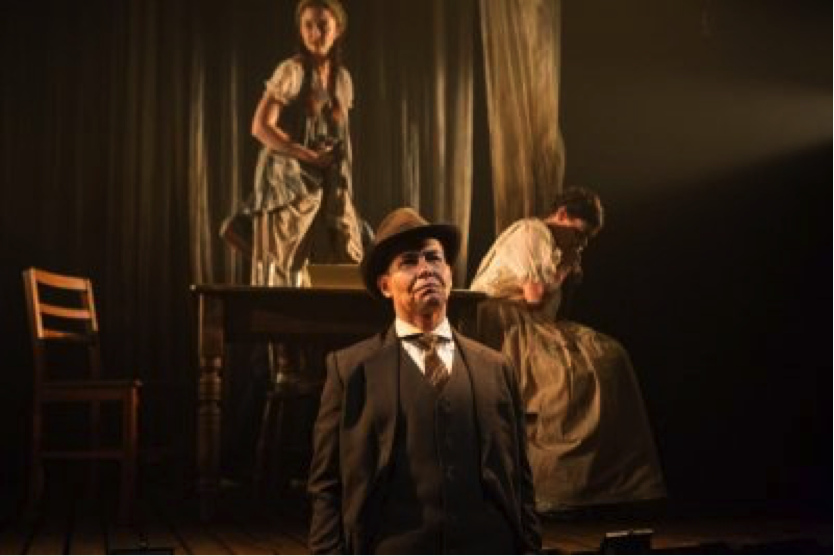 Lachlan Philpot continues to make theatre that cuts edges in both style and subject matter. In this play, based on the story of Harry Crawford (born Eugenia Falleni, also known as Eugene Falleni and Jean Ford) a female-to-male transgender man convicted in 1920 of the murder of his first wife, Annie Birkett, Philpott imagines the complexities of sustaining such a secret and the constant threat of what exposure might bring.

Based obviously on a wealth of historical data – records of the court case itself, which included statements by Crawford’s daughter and stepson, press stories that sensationalised the case, and subsequent biographies –Philpott re-creates a family trying desperately to be ‘normal’, but dogged by rumour and innuendo. He does this in a play where energy and pace are demanded by the combination of styles – narrative comment, realistic scenes, telling soliloquies – and the concise, succinct dialogue.

His writing is tight, yet the characters are clearly defined. Scenes are interspersed and interrupted by two suburban voyeurs, a man and a woman whose comments, as neighbours, passers-by, underline the gossip and interference spawned by the close proximity inner-city living after the first World War.

Kate Gaul’s direction is as tight as the writing. She sets a fast pace and the scenes connect and interconnect quickly and smoothly . . . .