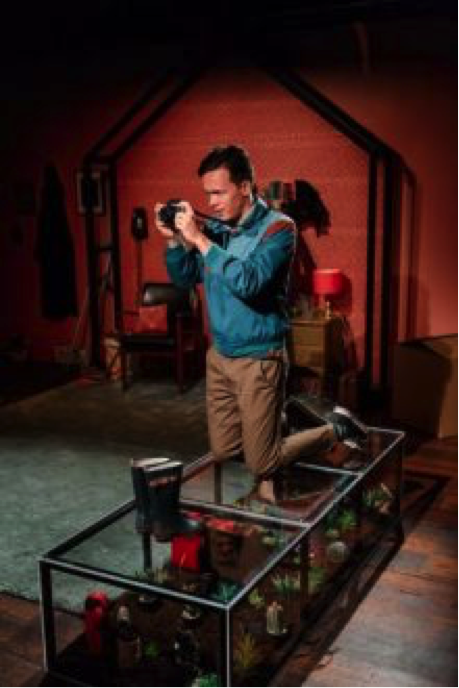 Jonah grew up on a farm and spent his teenage years with a camera keeping watch for marauding hoons who began attacking the property after the death of his father. Sophie grew up on the Isle of Mann then moved with her father to share the ground floor of two flats in London. When her father dies and she loses her job, she moves into the first floor flat and renovates the other as a rental property, though she feels that she is gradually disappearing.

Both their mothers have died of pancreatic cancer. They are both now alone.

Three years after his mother’s death Jonah finally opens a letter she has left for him. He’s been holding off opening it because it’s his last tangible tie with her. In it he finds she has left him some money – a substantial amount – buried behind the barn. With this in hand, he moves to London, and leases Sophie’s ground floor flat.

If this seems like the beginning of a conventional love story, it isn’t. Rather it’s a ‘quirky, dysfunctional’ love story about two lonely people who connect via, incredible though it may seem, a WiFi baby monitor, which Sophie sends unanimously to Jonah. He watches her – and she feels less invisible. He follows her – and she pretends she doesn’t realise until, eventually … but saying any more would give too much away.

This is a gentle, touching play that is a reprieve from the bleak themes and troubled characters that people so much theatre and cinema.