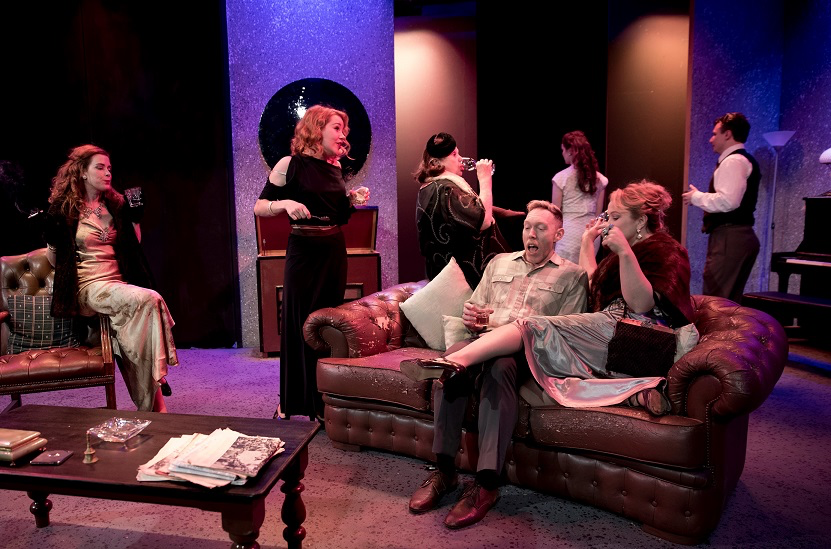 After the Dance is perhaps the least well known of Terence Rattigan’s plays. Set in the years between the Wars, the play censures the wealthy “bright young things” who flout the foreboding signs of unrest in Europe in favour of drinking and partying. The criticism is gentle, exposing the fears and flaws that hide beneath the brittle personas that the characters assume.

Directed by Giles Gartrell-Mills, on a set designed by John Cervenka, the play takes place in the living room of David and Joan Scott-Fowler, who have always maintained that they married for fun rather than love. However Helen Banner, a very self-righteous young woman, has fallen in love with David and is determined to make him change his ways, divorce Joan, marry her and settle down to a more serous life. Unfortunately Joan really does love David, and Helen’s plans have much more complicated consequences.