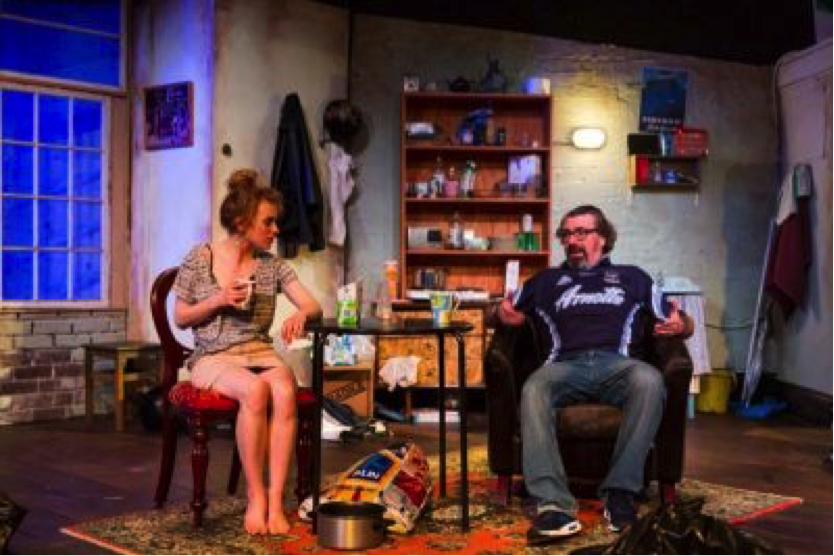 In the tradition of contemporary Irish theatre, Conor McPherson mixes humour and the macabre in this gritty black comedy. His characters are as graphically realistic as the cluttered, shabby room in which they meet – and under the direction of Maeliosa Stafford, they meet with the rhythm and cadence that make them uncompromisingly Irish in a play that moves frighteningly quickly at times – and just a bit slowly at others.

The set, conceived by Amanda McNamara, expands the ‘unique’ Old Fitz acting space, into a squalid, one room, downstairs flat with a corner converted for use as a bathroom. Littered with clothes and other personal debris, the room is rented by Tommy (John O’Hare) from his uncle, Maurice (Patrick Dickson) who lives above. As the play opens, Tommy has rescued Aimee (Sarah Jane Kelly), after she was beaten by her ‘boyfriend’. Tommy is concerned. Aimee is wary. But she stays …