The Schools Spectacular is a wonderful, awe-inspiring extravaganza of music and movement, light and colour, imagination and creativity. It’s also a very special celebration of the talent and diversity of the teachers and students from NSW public schools.

From Armidale to Westmead, Bellevue Hills to Yass, Lake Cargellico to Mosman, Wagga Wagga to Winmalee, over 5000 students and their teachers from over 300 schools have converged on Olympic Park to be part of the 34th Schools Spectacular. Some have travelled over seven hours to take part in the four days of rehearsal and performance that make this event one of the highlights of the education year. 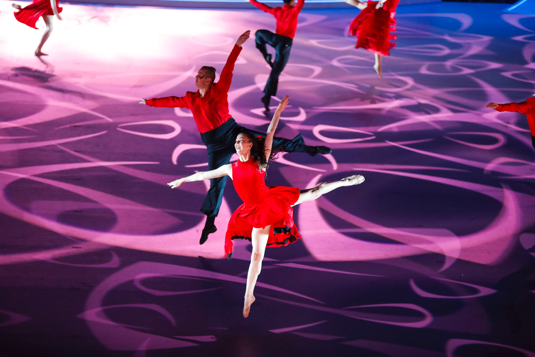 Backed by 2,700 voices in the combined choir, 100 musicians in the orchestra and stage band, a backstage crew of 59 VET Entertainment Industry students and over three thousand dancers, 44 talented featured artists ask the thousands of people in the audiences to “Own the Moment” – just as they have in their commitment to this 2017 spectacular event.

Who would have predicted that a “Schools Concert” organised in1983 to test the acoustics of the newly built Entertainment Centre, would lead to the iconic cultural event that the Schools Spectacular has become – or, without doubt, the biggest and best advertisement for the public education system.

The Schools Spectacular was the beginning for many Australian ‘stars’ – Human Nature, Felicity Urquhart, Darren Duggan, Nathan Foley and musical maestro John Foreman who returns each year to host the event – and this year’s line up of featured performers will surely go on to great things as well.

There’s a place waiting on the concert stage or the recording studio for those who sing as beautifully as Elyse Sene-Lefao or as sensitively as Gus Noakes and Tana Laga’aia. There’s definitely a place waiting in musical theatre for someone who can sing, dance and act as well as Cooper Dallimore.  Many of the dancers will go on to greater things in dance companies here or overseas. Some of the young singers in the choir will become ‘featured artists’ in the years ahead. 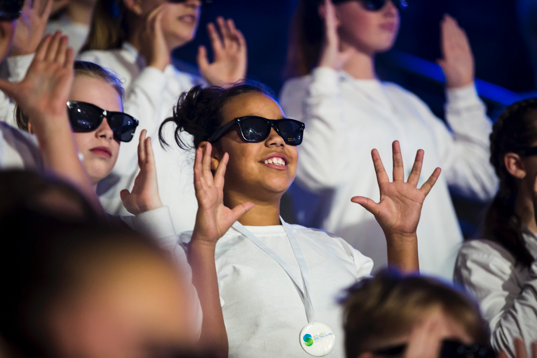 Whatever their futures, they will remember the thrill and excitement of the ‘Schools Spec’. They’ll remember the buzz and fun of rehearsals, the crushed ‘togetherness’ of the dressing rooms, the enormity of the big stage, the wonder of the lighting effects, and the ‘high’ of rushing on to be part of the enormous, glitzy finale. That’s what, as an ex-Arts teacher, whose students loved being part of this special ‘gig’, I also  remember.

Schools Spec is an amazing opportunity. Through the Arts Unit and the production team it gives teachers and students a chance to move out of their schools into a bigger and brighter arena. For some their school has no real performance space, no band, no specialist music teacher, no choir, no dance or drama ensemble. Schools Spec encourages them to ‘have a go’ – and gives them the support and scaffold to do so.

There are many examples of this.

For remote and regional schools the magic of technology allows them to meet choreographers ‘on screen’ and learn routines much more easily. For some of those students it will be the first time they will travel to Sydney, let alone become part of such a huge ‘family’ of creative young people. 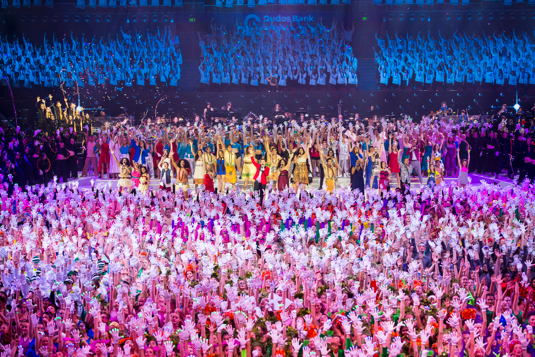 The 2017 Aboriginal Dance Company brings together talented indigenous performers from twenty-nine different schools across the state in a celebration of dance, song and language. The very special D’Arts Ensemble gives thirty-eight kids with disabilities the chance to shine. This year they performed to brother and sister duo Ezra and Olina Loau singing the evocative words of “If the World Only Knew”.

For some of the featured artists their very special talent may not even have been recognised without the chances that the ‘School Spec’ provides – and the opportunities offered by the many Arts Unit ensembles and the nurture of the Talent Development Project.

For two days each year thousands of kids from public schools across the state get the chance to showcase their talent and skills, whether it be singing, dancing, swinging from a trapeze, bringing to life one of John Deakin’s famous life-sized puppets, playing in the orchestra or performing with military precision as a member of the Millennium Marching Band.

For those same two days each year, hundreds of enthusiastic and talented teachers from across the state watch proudly from the wings while their gifted, hard working students excel – and have fun. 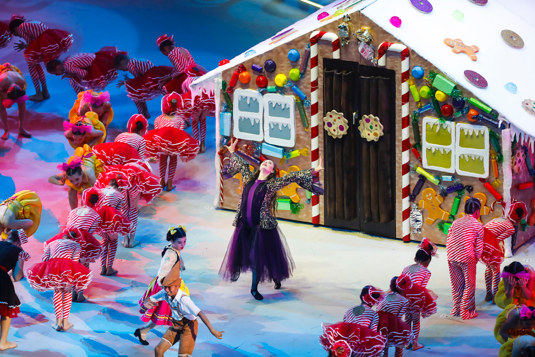 And at the performances over those two days – having filled in multiple permission notes, paid for t-shirts and costumes, got their children to and from buses and trains at ungodly hours, shouldered the expense of transport, tickets, and sometimes accommodation as well – thousands upon thousands of parents have watched with pride and amazement the great ‘Spectacle’ of organisation and talent that Schools Spec really is!

For those of you who missed it, it goes to air on Channel 7 at 7pm on Saturday 16th December. Watch it and celebrate with the performers and those who bring them to the stage.

This article has also been published in Stage Whispers magazine