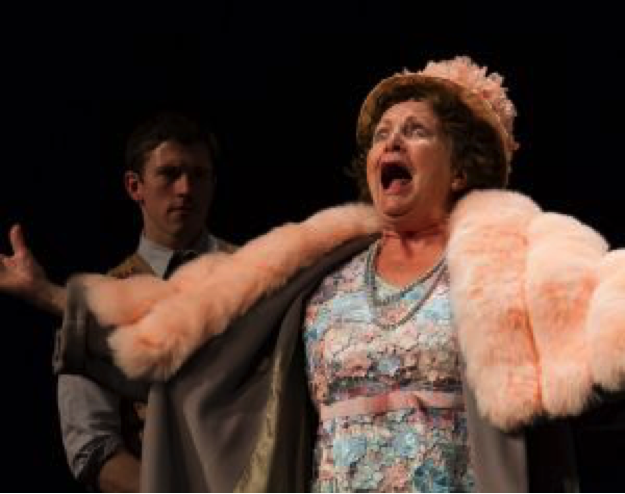 Director Denny Lawrence and HIT’s production of Glorious hits all the high notes that Florence Foster Jenkins misses! It is slick – and as colourful as Foster Jenkins herself.

Diana McLean carries the leading role with all the grandeur and eccentricity of the ‘diva’ herself. She sweeps through velvet curtains with confident aplomb; captivates her acolytes with buoyant charm; and ‘sings’ with all the happy, self-assured delusion that took Foster Jenkins to Carnegie Hall. McLean makes this part her own. She inhabits the character, finding the strong self-belief that sustained Foster Jenkins and the charisma with which she beguiled her friends and her audiences. Not an easy thing to do so soon after Meryl Streep, but McLean does it with style, making the most of the humorous asides in Quilter’s economic script.