Acacia is a busy, versatile musical ‘unit’ who play at events around Australia and in Canada and Europe. They are passionate supporters of young musicians and collaborate with a variety of national and international composers and musicians.  They have recorded six albums and have nominated for ARIA awards.

In performance, they work seamlessly together, unified in their obvious love of music and the creative rapport that comes from endless practice and empathetic connection.

Their program of selected compositions by Mozart and Dvorak and a more contemporary piece form Australian composer Nick Wales, gave them the perfect opportunity to show that magic – and the musical alchemy that the strings can invoke.

Mozart’s String Quintet in G minor reflected a sad time in his life, and echoes of restlessness and despair pervade as the instruments speak to each other of the sorrow he foresaw. Violinist Lisa Stewart almost lives that sorrow as she leads, her face betraying the depth of empathy she has with the poignancy of the messages in the music. 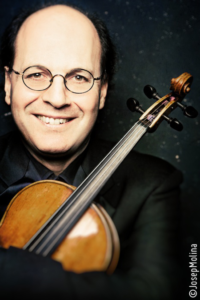 Emile Cantor paid a fitting tribute to Mozart as a musical “inventor”, as it was he who conceived the idea of string quartets and quintets and the innovative variation and expression that can be achieved by four or five instruments working so closely together.

Boomi’s Ray by Nick Wales is very different. Written following the death of a friend, it begins stridently, almost discordantly, seemingly an expression of shock, even anger, but this is followed by more celebratory passages that suggest achievements and cherished memories.

Dvorak’s String Quintet in E-Flat Major is also more festive, written as it was during Dvorak’s time as Director of the national Conservatory of Music in New York City. In this piece, the musicians delighted in the variety of rhythms, the movement between keys and the interchange of harmonies between the viola and violin, and deep notes of the cello.

The finale to that piece, “an exuberant rondo … that is bouncy, good-natured and full of joy” was a fitting tribute to the musicians themselves and their enthusiastic commitment to their art.