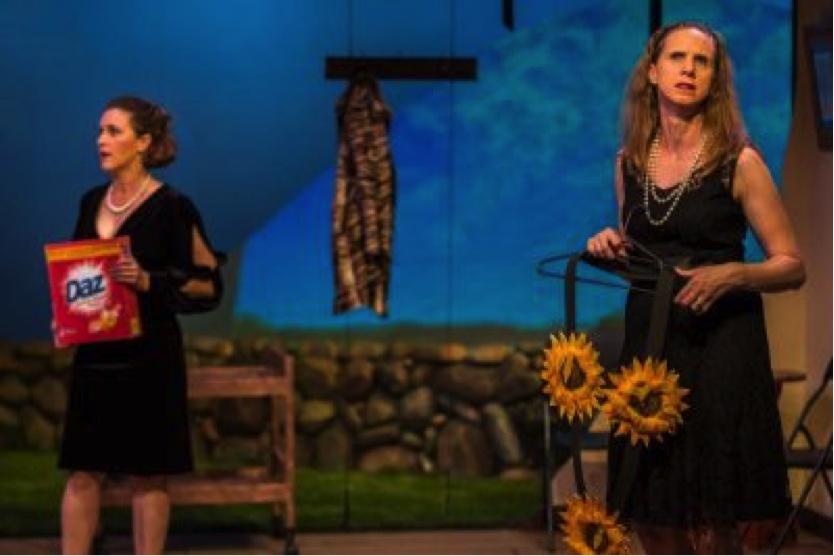 Director Annette van Roden captures the complexity of this play in these words:

“On the surface, it’s a comedy about a group of women getting nude for a calendar but it’s much more than that. The play is about community, loss, support, acceptance, camaraderie, tolerance and love’.

Tim Firth’s stage adaptation does capture the appeal of the 2003 film of the same name, but he has created a play with many scenes and almost as many costume changes, to say nothing of the props for the calendar shoot. It’s a difficult play, more filmic than theatrical, and requires a great deal of energy and organisation.

As such, it’ a play of challenges for the director, the designers, the stage manager and the actors who, as well as having to “get nude”, have to create together the intimacy of a group of seven women who have forged friendships as members of the local Women’s Institute. Following a shared loss, they take on the task of raising money for a memorial settee in the relatives’ room of the cancer ward of the local hospital.