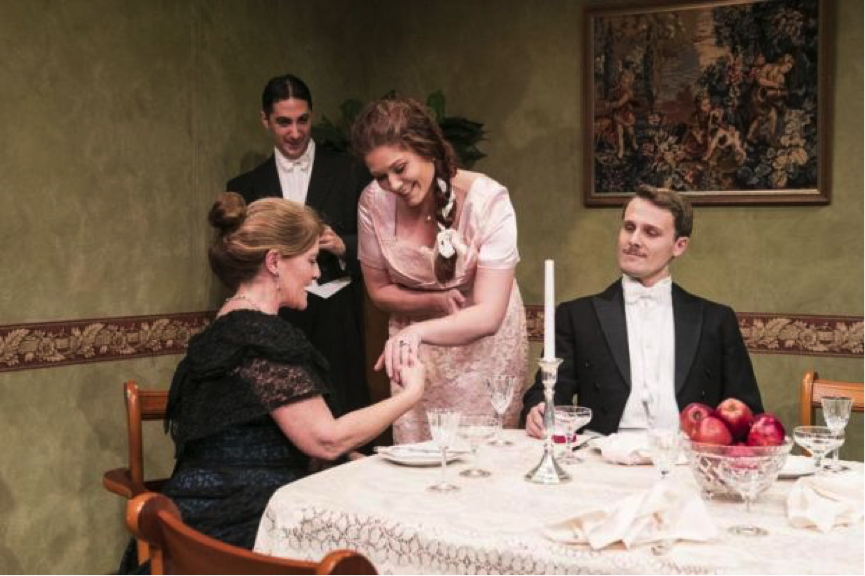 J. B. Priestly’s play, written in the mid 20th century but set in 1912, has been described as “a potent blend of fine dramatic craft and good old-fashioned social conscience” and Helen Williams’ production for Pymble Players emphasises both qualities of the play. Though set in England over a century ago, the play has resounding messages that are still relevant today.

The set, designed by Reg Lunn, provides the perfect background: the plush dining room of a prosperous ‘self made’ man aspiring to step even further up the English social ladder. Dinner has finished. The port is served. The family has gathered to celebrate the engagement of their daughter to the son of another prosperous, and decorated, industrialist.

But, just as the toast is drunk and the proud father begins to bluster about personal success and deny the threat of a looming war with Germany, an Inspector calls – and, bit by bit, an embarrassing and shameful succession of prejudices and injustices are exposed. One by one every member of the Birling family – and their son-in-law to be – are disgraced and besmirched because of the result of their treatment of a young girl regarded by each as below their social status.